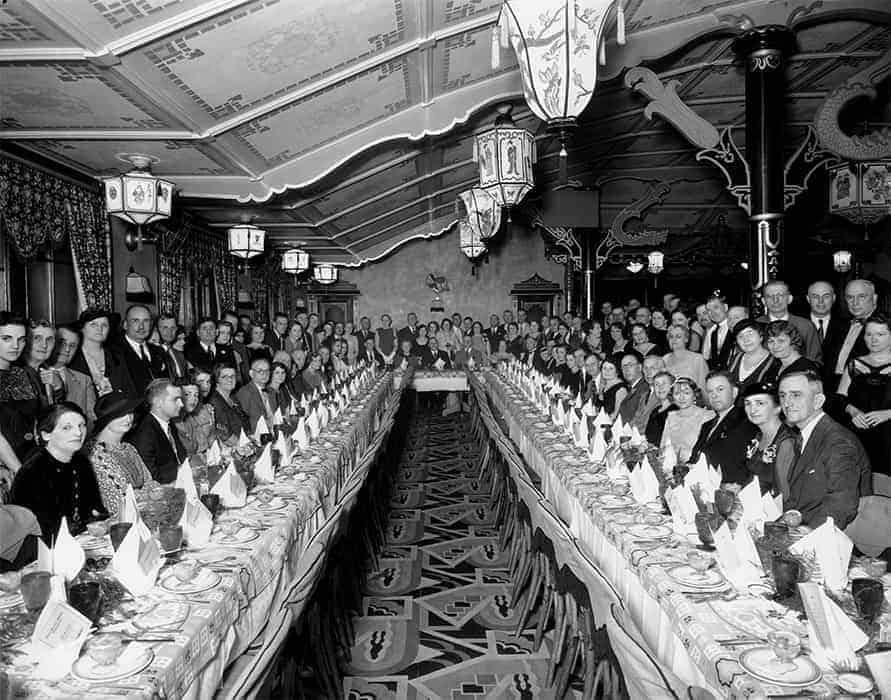 History is a curious beast. And the closer one looks, oh Lewis, the curiouser and curiouser it gets.

What is history? Let’s begin with a dictionary definition from my thirty-five-pound tome, The Random House Dictionary of the English Language, Second Edition, Unabridged (1987). I’ve been lugging this monster around for decades now. Why, I don’t know. These days a simple online search pops up a quick definition, and it doesn’t even make a proper doorstop.

We can skip the first definition since it merely refers to “the branch of knowledge …” and move on to the second:

2. a continuous, systematic narrative of past events as relating to a particular people, country, period, person, etc., usually written as a chronological account; chronicle.

Now there’s a dry read if ever there was one.

A more interesting—and insightful—definition of history is offered by Voltaire, pen name of François-Marie d’Arouet (1694–1778), a French Enlightenment writer, historian, and philosopher renowned for both his brilliance and his wit:

The foundations of all history are the recitals of events, made by fathers to their children, and afterwards transmitted from one generation to another. They are, at most, only probable in their origin when they do not shock common sense, and they lose a degree of probability at every successive transmission. With time the fabulous increases and the true disappears …

Voltaire reminds us that history is written by people, not some disembodied recorder of truth, and that makes history personal. Behind every written word in every textbook, ebook, article, or blog post was once a beating heart, a human being with a distinct personality and perspective on his or her subject. Each of us views the actors and actions in the world through our own unique lens, and while we’d like to believe that our historians—those charged with the important work of recording and safekeeping our collective history—are somehow immune from a subjective bias, they aren’t and can’t be, despite their best efforts, because there is no objective “out there” from which to report.

Personal bias and perspective aside, there is also the inexorable march of time. The more distant in time we move from any historical event, the less attached we are to its context. Societies evolve, history is rewritten within a new context, and the reality of that early event, and the players in it, dissolves into legend and myth.

And finally, there is the unavoidable fact of simple human error. We make mistakes, even the most lauded among us, and when those esteemed writers inject an error into the record, it is more likely to propagate as other authors pick up and repeat the error.

On this last point, let’s turn our attention to the intriguing image at the top of this article. You’ve been wondering when I was going to get around to it, right?

This image is a rare photograph from the Verkin Photo Company Collection, 1900-1945, held by The Dolph Briscoe Center for American History at The University of Texas at Austin. (Located in Galveston, the Verkin Photo Company was the family-run photography business of Paul Verkin and his three sons.) In the database of the Briscoe Center, this photo is titled “Pilot’s Association Banquet” with the brief description “large group seated in Chinese restaurant” and a date of “c. 1935.” Fair enough. The banquet hall itself is not identified.

The only place I have ever come across this photograph is in the book Galveston: Playground of the Southwest authored by W. Dwayne Jones, Executive Director of the Galveston Historical Foundation, and Jami Durham, also of GHF. This image appears on page 55 of that book with this caption:

Galveston’s more hedonistic days of the mid-20th century brought new attractions to the Gulf side of the seawall. The Grotto is a predecessor to the more famous Balinese Room. This rare photograph of the interior of the Grotto shows the imagery of the Asian-created decor. This photograph depicts the Pilot’s Association Banquet, held there in 1935. (Courtesy of Dolph Briscoe Center for American History, University of Texas at Austin.)

Okay, let’s look at this caption in detail, beginning with the first sentence:

Galveston’s more hedonistic days of the mid-20th century brought new attractions to the Gulf side of the seawall.

Notice that the authors have taken a step beyond Briscoe and specifically identified the location of this “Chinese restaurant” as being on “the Gulf side of the seawall,” meaning a pier. Now, knowing what I know and judging by the size and contours of the room as well as its lavish interior decor, I believe they are correct. Still, they—and I—are taking a step in the direction of certainty of location whereas Briscoe, in whose collection this photograph is held, does not. That’s perfectly fine to do so long as we can back up our step forward with evidence.

On to the second sentence in the caption:

The Grotto is a predecessor to the more famous Balinese Room.

This statement is true. The Grotto was indeed a predecessor of the Balinese Room.

And now for sentence three, which is where the trouble starts:

This rare photograph of the interior of the Grotto shows the imagery of the Asian-created decor.

With this statement, the authors have now specifically identified this banquet venue on the seawall as The Grotto.

The banquet hall in which the Pilot’s Association members are seated is actually the beautiful Sui Jen Cafe (say “swee rin”), not The Grotto. How do we know that? Two reasons: the date and the decor. More on this in a moment.

This photograph depicts the Pilot’s Association Banquet, held there in 1935.

Again, the authors have moved another step towards certainty, in this case, of the date. Briscoe dates this photograph only approximately, as “circa 1935,” but these authors have eliminated the “circa” and committed this event to exactly 1935. Did they have corroborating evidence to support this move to certainty? Perhaps, but since they cited no source, we can’t know.

Now, let’s back up for a moment so we can put all this together.

In the coming months, you will read much more about the famous Maceo brothers, Sam and Rose, and their many businesses and clubs in Galveston, including the Balinese Room. For our purposes here, though, we just need to track the succession of clubs that the brothers operated on the 21st Street pier on Seawall Boulevard.

Beginning in 1922 and for a period of about thirty-five years, the Maceos operated a restaurant/cabaret (which, of course, was also an illegal gambling establishment) almost continuously on the 21st Street pier. Through a series of remodels, expansions, and name changes, this club gradually evolved through four iterations, the last one being the Balinese Room in 1942.

The Maceos’ first club on the pier was called the Chop Suey Cafe, which opened its doors on October 18, 1922 (a date often misreported). After a number of successful years with the Chop Suey, the brothers remodeled the club and renamed it The Grotto, which premiered on May 30, 1928 (another date often misreported). The Grotto, while also successful, had something of a rockier run, and in 1932, the club was completely redesigned and rechristened the Sui Jen Cafe. The Sui Jen’s gala opening, announced in both an advertisement and an article in The Galveston Daily News, was November 2, 1932.

These dates are important. If the date of this photograph is 1935, it cannot possibly be an image of The Grotto since The Grotto had been replaced by the Sui Jen Cafe three years earlier, in 1932.

Even if we had no date for this photograph, we could nevertheless be certain that it isn’t The Grotto. Befitting its name, The Grotto’s interior, as briefly described in a Galveston Daily News article, was “a cool, dim, beautifully lighted cavern with a continually changing color scheme carried out in indirect lighting effects.” Clearly the decor in this room is Oriental, not a dimly-lit cave of sorts.

It was the Sui Jen Cafe that was a Chinese restaurant and a beautiful one indeed. In an article published in The Galveston Daily News the day following its grand opening, a description of the main dining room was provided, as follows:

The main dining room is a thing of beauty difficult of description. Done in cherry, gold and ebony, with the greater part of the decorations done by hand, softly lighted by more than 50 Chinese silk lanterns, also hand-painted, and a rich carpet compatible with the color scheme, it blends into one harmonious whole at once pleasing and dignified and reminiscent of the splendor of the Orient.

The window draperies add much to the attractiveness and two shadow boxes on the walls with hidden multi-colored lights brought forth much favorable comment.

An innovation was a novel chair cover, pale green with black fringe and a cushion to match. Even the table covers were imported from China and were of a varied and attractive design …

The bandstand is a miniature pagoda complete in every detail …

I obtained a high-resolution version of this image from The Briscoe Center. Because this is a black-and-white photograph, it is impossible to confirm the colors referenced in the article above, but a close examination of the room does reveal the other details described, down to the fringe on the chair covers.

The Sui Jen Cafe was lauded as being a strikingly beautiful club, and we get a sense of that here, in this one single image. How exhilarating it must have been to experience in person, and in full living color. We can only imagine.

This photograph, then, does not capture the interior of The Grotto but rather its much more historically significant successor, and that fact makes this misidentification particularly unfortunate. If this were a photograph of The Grotto, it would nevertheless be valuable and rare since few, if any, photographs of either club have survived. But the point here is that accuracy and fact-checking matter. Truth is important. And the only way to get at the truth is through careful, tedious, often painstaking research, not unlike our little exercise here.

Now, let me add that this discussion is not intended as an indictment of these authors or the Galveston Historical Foundation generally. On the contrary, GHF is an important organization in this historic old burg and has done invaluable work for decades, both in educating the public about Galveston’s rich history and in stepping up to help save some of her priceless architectural treasures that would otherwise have met with the wrecking ball. But it’s important to remember that all of us who write about history—from the folks at GHF to those at the Rosenberg Library to your humble author here—are fallible, we all have our biases, and you’re wise to be cautious about believing everything you read. Sometimes, and more often than you might think, the “facts” you are reading are just plain wrong.

So the next time you sit down with a book or an article that purports to be the “history” of some long-ago person, place, or event, remember Voltaire and that beating heart behind each and every word you read. There’s one behind this article, too.

Before You Read History, Read This 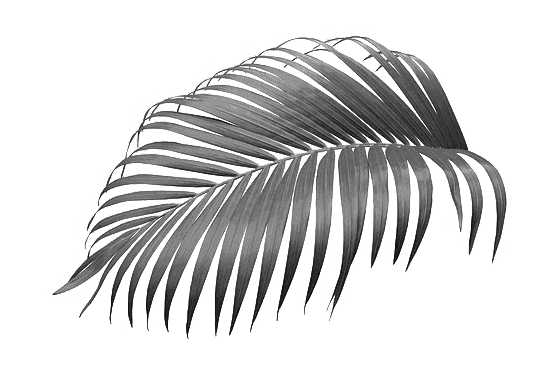