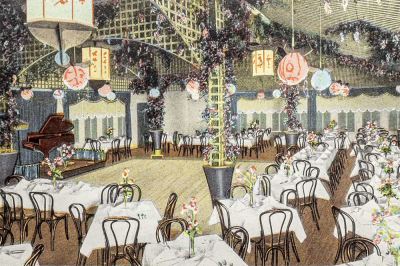 Interior of the Chop Suey Cafe (postcard from the collection)

LOCATION:
2107 Seawall Boulevard
(On the pier at the foot of Moody/21st Street)
Galveston, TX 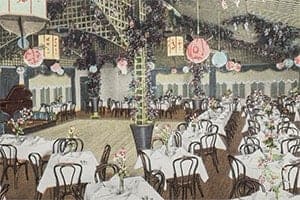 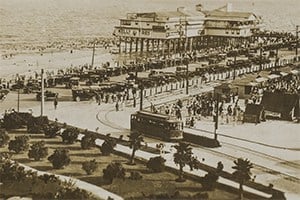 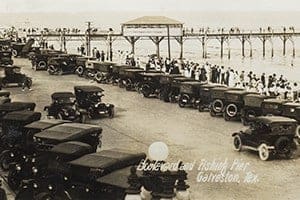 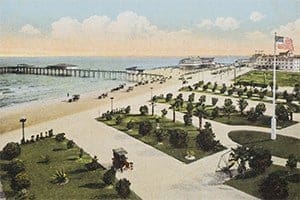 The Chop Suey Cafe was the very first step into the entertainment business for Sam and Rose Maceo. It was also the first in a succession of four clubs operated by the brothers on the pier at the foot of 21st Street.

Billed as “The Smart Place to Eat—Galveston’s Newest and Most Unique Restaurant,” the Chop Suey opened at 6:30 p.m. on October 18, 1922, with the tantalizing carrot “souvenirs for the Ladies.” It offered “real Oriental cooking” in addition to American dishes and featured music, dancing, and cabaret-style entertainment.

In September 1924, the brothers temporarily closed the club to make renovations. Remodeled and redecorated in the style of an “after-theater” club, the Chop Suey opened again on New Year’s Eve of the same year. It would continue in operation until about 1926.

Because the Chop Suey was in business during the Prohibition era, and because Sam and Rose had long since put down their barber combs and scissors and taken up the bootlegging trade, there is no doubt that illegal liquor was also on clandestine offer at the club. Illegal gambling was, too, although no chips associated with the Chop Suey have ever been identified.

In 1928, the old Chop Suey was once again completely remodeled, but this time it was also renamed, and on May 30, 1928, it reopened as a brand-new club called The Grotto.